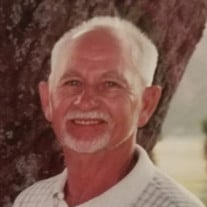 Walter Harland Schappert, 88, of Defiance, passed away peacefully in his home surrounded by his family on Sunday, July 5th, 2020 He was born in Defiance March 22nd, 1932 to Albert and Laura Schappert. On June 28, 1952 he married his high school sweetheart, Joann Thielman. Walter and Joann’s love blossomed into a family of eight children. Walter was ‘dad’ to more than just his eight children, demonstrating what it means to be a father to those who encountered him. His Christian fatherly guidance can be seen in houses and backyards too numerous to count. Walter was a faithful worker at Defiance Precision Products for 50 years. His passion for anything Cleveland or Ohio State sports was second to none. His patience and teaching spirit were on display taking out tangles on a fishing rod or throwing batting practice before a game. Walter was no stranger to many outdoor activities. There are many more outdoorsmen and women because of the time he spent passing along his passion to the next generations. Walter’s passion for hunting or fishing was not to be outdone by his love for gardening and sharing what the Lord provided from his garden. Anyone that visited the house during the Summer would have been offered an assortment of vegetables. The only thing that could’ve surpassed his love for the outdoors was his love for babies. His babies, grandbabies, great grandbabies, puppies, raccoons, anything he could care for or show compassion. Dad loved because his Father in Heaven first loved him. He is survived by daughters, Pat (Terry) Dicke, Elkhart; Cindy (Ron) Brown, Defiance; Kathy (Mark) Homier, Defiance; Deb (David) Engel, Defiance, and Angie (Randy) Vogel, Defiance; sons Terry (Lisa), Charlotte; Wesley (Michelle), Defiance, and Nicholas (Cristin), Defiance; sister Joan (Daryle) Rogers, Defiance. Also surviving are 28 Grandchildren, 32 Great Grandchildren. In addition to his parents, he was preceded in death by his loving wife, Joann; sister and brother-in-law Emma and Fred Lange and grandson, Christian Dicke. In lieu of flowers, memorials will be graciously accepted for St. Mark’s Lutheran Church. Online messages and condolences may be shared with the family at rodenbergergray.com. Service and visitation will be private.

Walter Harland Schappert, 88, of Defiance, passed away peacefully in his home surrounded by his family on Sunday, July 5th, 2020 He was born in Defiance March 22nd, 1932 to Albert and Laura Schappert. On June 28, 1952 he married his high school... View Obituary & Service Information

The family of Walter Schappert created this Life Tributes page to make it easy to share your memories.

Send flowers to the Schappert family.