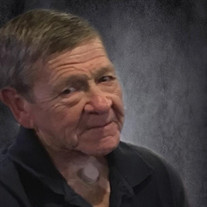 The soul of Terry L. Brubaker of Napoleon, Ohio entered into heaven Monday, November 11, 2019 at the age of 70. Terry was born October 1, 1949 in Napoleon, Ohio to the late Lester “Earl” and Naomi (Ellerton) Brubaker. On February 2, 1974, he married Sharon (Walker) Brubaker and she survives. Terry worked as a route driver for Nickel’s Bakery for many years. He also owned and operated Brubaker’s Moped Sales and Service. He was member of Crossroads Church, Napoleon and was a former Oddfellow. He was a member of the Napoleon American Legion and served in the U.S. Army during the Vietnam War and was stationed in Korea. He is also survived by his children, Tige (Jennifer) Brubaker of Wilmington, N.C., Dustie (Justen) Vocke and Codie Brubaker, both of Napoleon; grandchildren, Tobias, Cain, and Ever Brubaker, Gaven and Jaden Brubaker, Will and Wes Vocke, and Mason Pietsch; and a brother, Bob (Phyllis) Brubaker of Napoleon. He was also preceded in death by a brother and sister in law, Roger (Diane) Brubaker. Memorial gathering will be held on Thursday, Nov. 14 from 4-8 p.m. at Rodenberger-Gray Funeral Home, Napoleon and Friday from 1-2 p.m. at the church. A memorial service will be held on Friday, Nov. 15th at 2 p.m. at Crossroads Church 601 Bonaparte Dr, Napoleon, OH 43545. Memorial contributions are suggested to Napoleon Athletic Boosters. Online condolences may be made at www.rodenbergergray.com.

The family of Terry L. Brubaker created this Life Tributes page to make it easy to share your memories.

The soul of Terry L. Brubaker of Napoleon, Ohio entered into...

Send flowers to the Brubaker family.