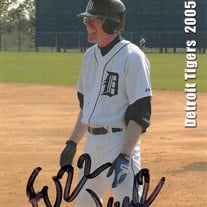 Royal “Fuzz” Ward, 74, of Napoleon, Ohio died unexpectedly on Saturday, February 9, 2019 at his residence. He was born December 24, 1944 in Defiance, Ohio to the late Royal and Cleo (Fix) Ward. On December 7, 1991 he married Teresa (Rosebrock) Ward. Fuzz was a 1962 graduate of Defiance High School. He served in the US Army during the Vietnam War. He worked at Defiance Grocery for over 10 years, Defiance Hospital for 17 years, and Sauder Manufacturing for 8 years before he retired. He was a member of the Napoleon Moose Lodge and Ridgeville American Legion. He was a sports enthusiast, especially the Detroit Tigers. He was always ready to give or hear a good joke. He is survived by his wife, Teresa; sons, Eric Ward of Ft. Wayne, IN and Casey (Jessica) Ward of Columbus, OH; grandchildren, Leia, Alexis, Cassie, and Winston; sisters, Kay Rogero of Sanford, FL, Barbara Kochensparger of Defiance, OH, Janet Brown of Bellwood, IL; and a step sister, Candy Bansen Adams of Vista, CA. He was also preceded in death by a step father, Richard Bansen. Funeral services will be held at 11 a.m. on Thursday, February 14th at Rodenberger-Gray Funeral Home, Napoleon, Ohio. A private burial will be held on Friday at Riverview Memory Gardens, Defiance, Ohio where military honors will be accorded by the Ridgeville Legion Post. Visitation will be held on Wednesday from 2-8 p.m. at the funeral home. Memorial contributions are suggested to Together We Can Make A Difference or a charity of the donor’s choice.

The family of Royal "Fuzz" Ward created this Life Tributes page to make it easy to share your memories.

Send flowers to the Ward family.