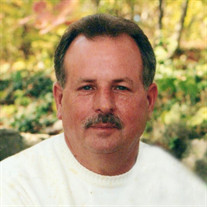 Richard Thomas Hayes, Jr. 69, of Napoleon, Ohio, formerly of Toledo, Ohio died peacefully surrounded by family on Thursday, September 2nd, 2021 at CHP Defiance Area Inpatient Hospice. He was born October 9, 1951 in Toledo, Ohio to the late Richard Thomas Hayes, Sr. and Dorothy (Way) Newburry. On October 29, 1983, he married the love of his life, Belinda “Bea” Hayes and she preceded him in death on July 12, 2020. Rick was a 1971 graduate of Maumee High school, where he played football, basketball, and baseball. He worked at the Ford Maumee Stamping plant for over 30 years. Rick was an avid golfer and member of White Pines. He was one of the biggest fans of The Ohio State Buckeyes and the Detroit Tigers. He loved watching sports in general but got the most pleasure out of watching his grandchildren’s events. He is survived by his children, Keri (Matt) Stamm, Kyle (Taylor) Nau, and Eric (Brittany) Nau; grandchildren, Zachary and Addison Stamm, and Lily and Emersyn Nau; stepson, Ted (Cyndi) Shroyer; step grandchildren, Aubrey and Averie Shroyer; and siblings, Patricia (Donald) Woodcock, Carole (Dave) Grocki, Gloria (Jim) Kutchenriter, and Robert Hayes. He was also preceded in death by sisters, Ellen (Dave) Coulter and Mary Wheeler. Funeral services will be held on Wednesday, September 8, 2021 at 1:30 PM at St. Paul Lutheran Church, where visitation will be held from 10 a.m. – 1:30 PM. A live stream will be available at www.stpaulnapoleon.org. Memorial contributions may be directed to St. Jude’s Children Hospital, Defiance CHP Hospice, or St. Paul Lutheran Church. Online condolences may be made at www.rodenbergergray.com

The family of Richard "Rick" Hayes created this Life Tributes page to make it easy to share your memories.

Send flowers to the Hayes family.