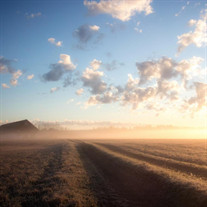 Raymond “Sonny” Cashman, 54, of Defiance, Ohio died unexpectedly on Sunday, August 9th, 2020 at St. Vincent Mercy Medical Center, Toledo, Ohio. He was born February 15th, 1966 in Altoona, Pennsylvania to Raymond and Florine (Magaraci) Cashman. On June 26th, 2004 he married Sherri (Smiddy) Cashman in Napoleon, Ohio. Ray was a lifelong truck driver. He was the geek of the family and loved all type of games, whether it be a board to a video game. He is survived by his mother, Florine (John) Carper; wife, Sherri; children, Crystal Cashman, Heather (Robert) Whittington, Chris Smiddy, Meghan Smiddy, and Nick “Fettuccine” Martinez; grandchildren, Russell, SaraMae, Toni, and Vini; siblings, Albert Cashman and Frank (Leslie) Cashman; and niece and nephew, Anastasia “Tuda” and Brent Cashman. He was preceded in death by his father, Raymond and grandson, David. A private memorial service will be held at a later date at his residence. Memorials are suggested to Rodenberger-Gray Funeral Home 1010 Westmoreland Ave. Napoleon, Ohio to help with funeral expenses. Online condolences may be made online at www.rodenbergergray.com

The family of Raymond "Sonny" Cashman created this Life Tributes page to make it easy to share your memories.

Send flowers to the Cashman family.