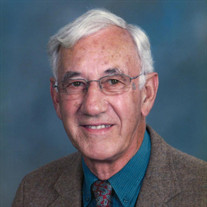 Maurice “Mort” Davis, 87, of Napoleon, Ohio passed away at his home on March 29, 2022. He was born in Napoleon on October 26, 1934, to Donald and Bertha Davis. On June 16, 1956, he married the love of his life, Georgie Kammeyer, in Defiance, Ohio. Mort worked for Tenneco for over 30 years, retiring in 1996. He enjoyed going to garage sales to find bicycles that needed repair, and most would know him as the “bicycle guy.” He wasn’t one for big groups but was liked by everyone and loved having his friends and family around. Mort enjoyed the simple things in life. His greatest joy and love were his family. Mort is survived by his daughters, Karen (Thomas) Kunkle and Traci (Jeff) Conklin; grandchildren, Jawn (Keith) Merillat, Jamie (Allison) Davis, Zachery (Ashley) Davis, LaFaye Davis, Rebecca (Matt) Johnson, Heidi (Matt) Schroeder, Taryn (Benjamin) Thomas; great grandchildren, Kaleb, Chloe, Karissa, Tatum, Porter, Zeke, Greysen, Pailen, Ramzee, McKynna, Xander, Kamdyn, and one on the way; and sister, Norma Stair. In addition to his parents, he was preceded by his wife of 56 years, Georgie; son, Timothy Davis; brothers, Julian Davis and Ronald Davis; and sister, Helen Potter. Friends and family will be received at the Rodenberger-Gray Funeral Home, Napoleon, on Friday, April 1, 2022, from 2:00 PM until 8:00 PM. Funeral services will be held at Emanuel Lutheran Church, Napoleon, on Saturday, April 2, 2022, at 11:00 AM with an hour of visitation prior to services. Interment will be held at Riverview Memory Gardens with military honors by the Napoleon American Legion. Memorial contributions may be made to Napoleon Fireman’s Association or the Wounded Warrior Project. Online condolences and messages may be shared with the family at rodenbergergray.com

The family of Maurice "Mort" Davis created this Life Tributes page to make it easy to share your memories.

Send flowers to the Davis family.