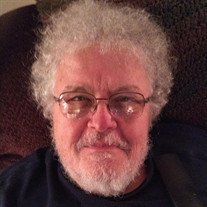 James Lee Castello, 68, of Napoleon, Ohio, died Friday evening, February 21, 2020, at Hospice of Northwest Ohio in Perrysburg, surrounded and held by his loving wife and daughters. Jim was born November 16, 1951, in Sandusky Ohio, the son of the late Leo and Margaret (age 96) Castello. He was the third of eight siblings. On December 18, 1976, he married Carol Brown, who survives. He graduated from Perkins High School in Sandusky in 1970 and from Bowling Green State University in 1975. In 1976, he returned to Bowling Green for further teaching certification and met Carol Jean Brown, whom he married. He was store director of Peaches Records and Tapes in Toledo from 1977 to 1979, when he entered Trinity Lutheran Seminary in Columbus. Jim graduated from seminary on May 21, 1983 and was ordained on May 29. Jim served as pastor at St. John-St. Paul Lutheran Churches, Patricksburg, Indiana, for his year of internship; Heron Lake Evangelical and Delafield Lutheran Churches, Heron Lake and Wilder, Minnesota, from June 1983 to August 1986; Trinity and St. Matthew's Lutheran Churches, Pitsburg and Ithaca, Ohio from August 1986 to November 2004; and Emanuel Lutheran Church in Napoleon, Ohio from November 2004 until his retirement in June of 2018. In retirement, he served as pulpit supply at various congregations in northwest Ohio, including part-time interim at Bethlehem Lutheran Church, Okolona, Ohio. Jim is survived by his wife, Carol, of Napoleon; daughters Becky (Andy) Aelker, Gibsonburg; Emily (Jason) Jordan, Perrysburg, and Rachel (Kevin) Castello Dunn, Dillwyn, Virginia; eight grandchildren - Zachary, Jacob, and Lucas Aelker; Hannah and Noah Jordan; and Nora, Grayson, and Lily Dunn; his mother, Margaret Castello; seven siblings; four sisters-in-law and three brothers-in-law; and numerous nieces and nephews and "flocks". He was preceded in death by his father, Leo Castello; sister-in-law, Marcia Castello; and his father­and mother-in-law, John and Elinor Brown. Jim was a beloved pastor, mentor, friend, brother, son, grandpa, father, and husband. The family will receive visitors at Rodenberger-Gray Funeral Home, Napoleon, from 2 to 8 p.m. on Tuesday, February 25. A Memorial service will be held on Wednesday, February 26, at 11 a.m. at Emanuel Lutheran Church in Napoleon, with Bishop Daniel Beaudoin officiating. In lieu of flowers, the family requests that memorials be directed to Together We Can Make A Difference Initiatives, ELCA World Hunger, or Hospice of Northwest Ohio. Well done, good and faithful servant. As Jim himself would say, "It's been a blast!"

The family of Jim Castello created this Life Tributes page to make it easy to share your memories.

Send flowers to the Castello family.