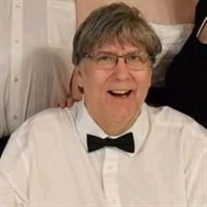 Douglas Bitzinger, 70, of Napoleon, Ohio died Friday, March 27th, 2020 at Swanton Valley Care Center. He was born February 17, 1950 in Fort Wayne, Indiana to the late Paul and Laura (Rosebrock) Bitzinger. On May 2, 1992, he married Alice (Richard) Bitzinger at Peace Lutheran Church, Deshler, Ohio. Doug was a 1968 gradate of Liberty Center High School. He served in the United Air Force from 1969 – 1971. He worked as a fork truck driver at Campbell Soup Company and he worked at the Napoleon plant for over 44 years. He was a member of St. Paul Lutheran Church, Napoleon and former member of St. Paul Lutheran, Liberty Center. In Liberty Center he was a member of the Stewardship Committee, active in the Lutheran Layman’s League and played dart ball. He was a member of the Napoleon American Legion and Liberty Center VFW. He is survived by his wife, Alice; daughter, Carol (Derek Ithen) Bitzinger of Columbus; son, Christopher Bitzinger of Napoleon; siblings, Christine (Barry) Aab of Wapakoneta, Ohio, Robin (Vicki) Bitzinger of Omaha, Nebraska, Marlene (Chet) Blair of Holland, Ohio, as well as, a multitude of nieces and nephews. He was also preceded in death by a brother, Michael Bitzinger. Due to the current heath concerns funeral services will be private. Please visit https://www.stpaulnapoleon.org/ and scroll down to Live Stream at 1 p.m. on Thursday, April 2nd to view the service remotely. Interment will be held at Richfield Twp. Cemetery where military honors will be accorded by the Napoleon Joint Veteran Posts. In lieu of flowers and gifts, memorials are suggested to St. Paul Lutheran Church, Napoleon or a charity of the donor’s choice and can be mailed to Rodenberger-Gray Funeral Home 1010 Westmoreland Ave. Napoleon, Ohio 43545.

The family of Douglas Bitzinger created this Life Tributes page to make it easy to share your memories.

Send flowers to the Bitzinger family.