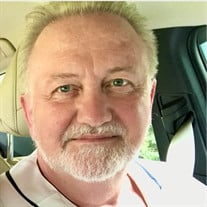 Bruce Charles Weirauch, 65, of Napoleon, Ohio died Monday, December 13th, 2021 at Henry County Hospital. He was born November 25, 1956 in Wauseon, Ohio to the late Norman and Ruth (Jennings) Weirauch. On August 26, 1977 he married Robin (Hamlin) Weirauch at St. Luke Lutheran Church, Wauseon, Ohio. Bruce was a 1975 graduate of Liberty Center High School and Four County Joint Vocational School, majoring in Drafting and Design. He attended Northwest Technical Community College. His work career started during high school as a machinist at Wittenmyer Machine Shop in Liberty Center. He continued his skills in design as a draftsman for the City of Napoleon and Henry County Soil and Water Conservation. He was recruited to be a patrolman for the City of Napoleon, and later attained the rank of Lieutenant. He retired with 21 years of Peace Officer service in 2006. He served as Court Bailiff for the Napoleon Municipal Court and was still working as the Pre-Sentence Investigator for Henry County Common Pleas Court. He was also currently working as a clerk and window repairman at Kurtz Ace Hardware. He was a lifelong member of St. Luke Lutheran Church, Wauseon, where he served as Church Council President, Deacon, and Treasurer. Bruce liked to give back to his community and was the co-founder, Board Member, volunteer, humane agent, and bingo manager for the Henry County Humane Society, alongside his wife Robin for over 30 years; working together for the improvement of domestic animal treatment in Henry County. He was also proud to be the Chief Campaign Volunteer for his wife’s three campaigns for Congress (2004-2007). He was an Auxiliary member of the City of Napoleon Police Department before becoming a patrolman, and he also was a former EMT for Napoleon Fire and Rescue; receiving his training in the first class of EMT’s recruited. More recently he became a poll worker for the Henry County Board of Elections. Bruce and Robin loved a large four-legged family during their life together and rescued many animals through the years. Bruce enjoyed feeding hummingbirds during their stay in Ohio and always looked forward to their return. He is survived by his loving wife of 44 years, Robin; siblings, Allen Henry Weirauch (Susan), James Norman Weirauch (Laurie), Ann Weirauch Kahrs (Wade); brother and sisters-in-law, Michael Hamlin (Marlene) and Richard Hamlin (Suzette); nieces and nephews, Brad Weirauch (Ashley), Beth Nofziger (Tyson), Kimberly Pike (Ladd), David Weirauch (Kaci), Julianna Kahrs, Emily Kahrs Oestreich (Douglus), Eric Kahrs, Victoria Kahrs Gorman (Eugene), Olivia Weirauch, Nathan Weirauch, Amy Hamlin Brooks (Chris), Emily Hamlin Smith (Emmet), Joseph Hamlin, Kristen Hamlin Martin (Ben), Nicole Hamlin Baden (Jason), Jennifer Hamlin Behnfeldt (Joshua); and (25) great nieces and nephews. The funeral service will be held at 3 p.m. on Sunday, December 19th at St. Luke Lutheran Church, Wauseon. Visitation will be held on Saturday from 2-8 p.m. at Rodenberger-Gray Funeral Home, Napoleon and Sunday from 2-3 p.m. at the church. In lieu of flowers and gifts, memorial contributions may be made to (The Community Pet Care Clinic, Toledo, Ohio; St. Luke Lutheran Church, Wauseon, or charity of the donor’s choice). Online condolences may be left for the family at www.rodenbergergray.com.

The family of Bruce Charles Weirauch created this Life Tributes page to make it easy to share your memories.

Send flowers to the Weirauch family.