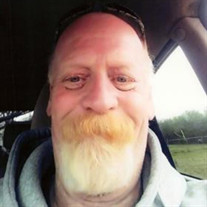 Arthur “Todd” Deming, 59, of Defiance, Ohio passed away on Friday, November 12, 2021. He was born in Defiance on July 25, 1962, to Arthur Keith and Emma (Miler) Deming. Todd married Cindy Walters on February 1, 1992 in Covington, Kentucky. Todd was a member of St. John Lutheran Church, Defiance. He was a huge sports fan and enjoyed following the Steelers and the Reds. Todd liked to fish in his spare time and was known for his chili party. His greatest enjoyment was spending time with his family, especially his grandbabies. Todd is survived by his wife, Cindy; children, Amber Walters, Felicia Deming, Christine Deming, Aubrey (Tim) Overmier, Olivia Deming, Cain Deming; 11 grandchildren; brothers, Keith (Lori) Deming, and Jeff (Jane) Deming; and sisters, Kim (Richard) Weidenhamer, Cindy (Tim) Sanders, and Angie (Ron) Kline. In addition to his parents, he was preceded in death by an infant brother, George Deming. Funeral services will be held at a later date. Online condolences and messages may be shared with the family at rodenbergergray.com. Arrangements entrusted to Rodenberger-Gray Funeral Home, Napoleon.

The family of Arthur "Todd" Deming created this Life Tributes page to make it easy to share your memories.

Send flowers to the Deming family.